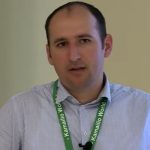 Daniel co-founded Kamailio in June 2005, aiming to build a solid SIP server project where openness to community and contributions has an important role, previously being core developer of SIP Express Router (SER) from its early beginning in 2002. He has a Master’s degree in Computer Science and Engineering from the Polytechnics University of Bucharest and worked as a researcher in network communications at Fraunhofer Fokus Institute, Berlin, Germany. His activity is done at Asipto, a company targeting to offer and build reliable services and solutions that benefit at maximum from Kamailio’s flexibility and features.

Kamailio is a high capacity SIP packet routing engine offering many functions for detecting and blocking malicious traffic targeting real time communication services. Along side, it can be used to hide the routing path, keeping sensitive details out of the sight of bad actors and untrusted peers, significantly increasing the security of RTC systems deployed on the cloud. This talk present the mechanisms offered by Kamailio to completely hide and protect your farm of SIP application systems (PBXes, PSTN gateways, audio/video conferencing systems or other media servers) deployed in your cloud core network.